Get Your Jump On 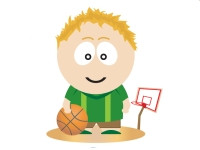 One skill that is almost universal among the best basketball players is the ability to jump. Good basketball players understand that to stay competitive, they must be able to jump and jump high. Research has shown that there are two techniques that help to increase vertical jump distance. One is targeted jump roping and the other is basket visualization. Use the rope effectively. Some players use rope jumping when they […] 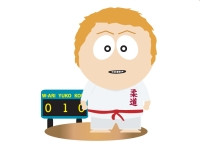 Taekwondo is becoming an increasingly popular activity and is privileged to be the only martial art that is an Olympic sport. It is ideal for building and sustaining a fantastic level of fitness, improving confidence, and developing motivation and self-pride. Adults and children are equally respected and catered for in the fast-paced taekwondo community Whether you are planning to advance to sparring classes or perhaps looking at competing at organised […]

There are many aspects to cycling which seem to fly in the face of reason, or at least of common sense. Stopping with your front brake rather than your rear; riding farther to the left of the road than nearer the right edge; riding on smooth, rather than treaded tires, are all counter-intuitive aspects of eye ling which virtually all new cyclists will resist. In fact, many experienced riders resist […]

Two Things to Consider When Buying a Child’s Bike

It’s a childhood right of passage: getting a bicycle for a birthday or Christmas. Parents, especially inexperienced ones, also are going through their own tradition of sorts as they shop for just the right set of wheels. Choosing the right bike, though, can be difficult if you don’t know what you’re looking for. Getting the wrong bike style or size could make riding a frustrating experience for the child or […]

The Use of Replay in Professional Sports

Traditionalists and progressives often disagree about the role of instant replay in professional sports. According to the sports traditionalist, human error has always been a component of sport. If an official misses a call, then that’s just part of the game. Progressives, on the other hand, believe it is more important to get the call right. Different sports have adopted the use of instant replay to varying degrees The National […]