Can Poker Be Regarded As A Sport?

Posted by En Vivo Sports Posted on May - 12 0 Comment 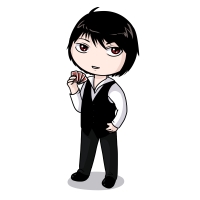 As poker tournaments are more often viewed on television channels that declare a selected sports orientation, it is only natural that we ask ourselves if poker can be classified as a distinct sport, similar to tennis or basketball. Before we go on to debate whether poker is a sport in the true sense of the meaning, it is necessary to specify what a sporting activity stands for. A sport refers to a physical activity regulated by a pre-established set of rules and that involves competitiveness. In other words, for an activity to be classified as a sport, it needs regulations, skills, physical activity and the contest element.

So, does poker fit in the sports definition?

Perhaps the explanation of why poker is not generally viewed as a sport resides in the fact that it does not include the physical component explicitly. While it is true that players can strain their backs when sitting for several hours in a row at the table, poker is far from what you would normally define as an active and physically challenging activity.

On the other hand, it contains the other elements subsidiary to the definition of sports. First of all,
even though nowadays the poker game knows a multitude of variations, it is played following a
predetermined set of rules that dictate the game play, betting method and winning hands, just to name
a few of the basic directives.

At the same time, the players need certain skills in order to win and, because there can be only one
winner, poker entails competitiveness. Professional and amateur poker players usually make decisions
based on their knowledge of the game and employ various strategies in order to win. A good poker
player is a participant who is able to observe, analyze and systematize the behaviors and tendencies of
the other players. Reading a useful poker guide can help players enhance these abilities and increase your chances of winning even on the best poker site with steep competition.

In addition, a good poker player has the ability of detecting bluffs and has the knowhow on how to
bluff others according to the cards in his hand. With regards to the contest element, it is necessary to
mention the fact that poker implies a strong feeling of rivalry because the prizes consist of cash and
whenever money is involved, you have no room for kindness.

Essentially, the dexterity, precision and force associated with standard sports are replaced with
cleverness, intuition and deception in the game of poker. Even though it lacks the physical activity part,
at a closer analysis, the game of poker incorporates all the other elements of the sports definition very
well!